Physical Description
Navy is the larger and heavier boned of the 2 males in this litter and at this point is slightly taller. In comparison to Green his upper arm is a little straighter and he is standing slightly out at the elbows but has a strong rear with straight hocks. Navy had an acceptable topline and looser shoulders shoulders than Green and a longer back. His head shape is within standard and he has a longer narrower muzzle than Green. Navy has one of the loosest tail sets in the litter and is closest to ideal. Navy has the perfect adult Pumi ear set right now (we hope it stays that way). Both testicles are present and appear to be descended. 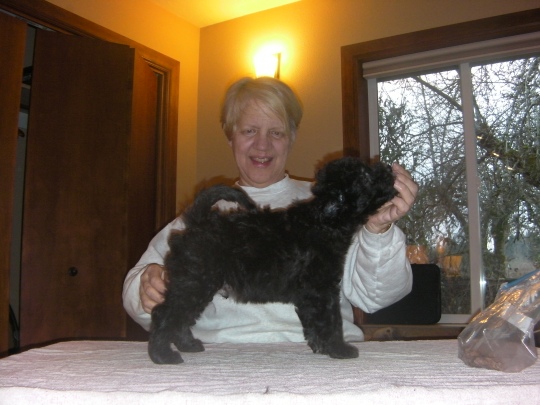 Temperament
Navy is the most assertive puppy in the litter. He is the first to greet you and leap into activities, even if he does not yet have the physical ability to do them, and displays no fear. Navy is high in sociability with both people and other dogs in the house. He likes to play toys with people and would like to play with the older dogs too, even if they need to remind him gently of manners. He is lower in the pack in terms of toy drive and but highest in assertive play with the other puppies as he often likes to chase the puppy chasing the toy rather than the toy itself. 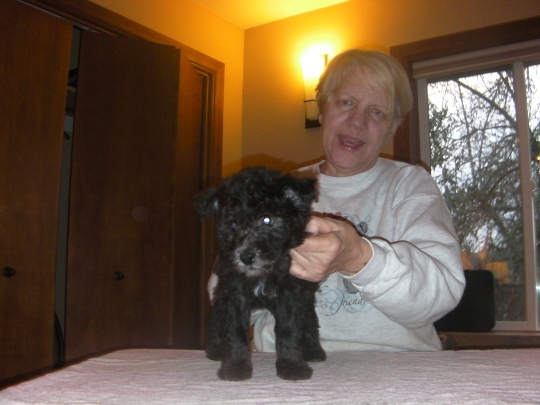